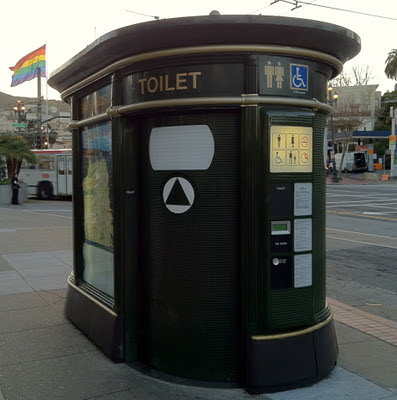 I was reading this article on the success of the Portland Loo and it reminded me of something that happened a few years ago involving one of the not-so-successful freestanding public toilets in San Francisco. I believe it was around 2002 or 2003, there was a group of us one afternoon having drinks on the balcony at The Café, which looks out onto Market Street in the Castro (facing west). From above, you can easily see the toilet―it’s only just a few meters away from the building. I don't think I ever knew anyone who had ever actually used the thing, but it was definitely popular with French tourists and heroin junkies. On this particular day, we watched a small group of people gather around the entrance of  the toilet and put their money into the slot to open the door. It was pretty obvious they weren't French. The people went in and about 5 or 10 minutes later the door opened and they came out. They stood around for a moment, acting really nervous, and then scattered. The toilet door didn't close. Someone in our group said, "They broke it." We all chuckled and someone asked, "Wasn't there four people that went in?" I was like, "Yea and there were only three people who came out!" From our vantage point, we couldn't see anything, and as people passed by no one seemed to act as though anything was out of ordinary when they looked into the open toilet. After a few minutes, we decided we must have been mistaken and there never was a fourth person. It was probably another 10 minutes when we started hearing sirens, which wasn't all that unusual and no one thought anything about it until the ambulance pulled up and parked beside the toilet. A couple of paramedics jumped out of the vehicle and went into the structure. A few moments later they pulled a body out, it was a man. They tried reviving him, but he was soon pronounced dead and they put a sheet over his body. He had overdosed. The scene was so incredibly surreal that I had a hard time attaching any emotion to it. It was (and still is) one of the stranger moments I've ever witnessed.

Here's a sneak peek of a project I've been working for on for a while. The sources images are from my friends' Facebook profile pics. The text is from their 'about me' sections. 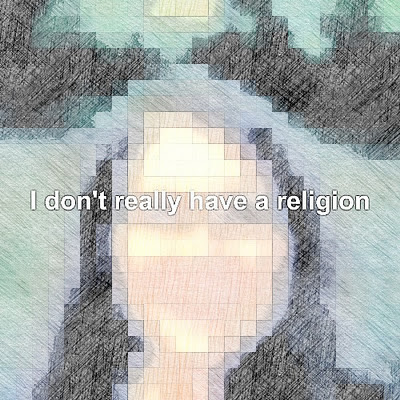 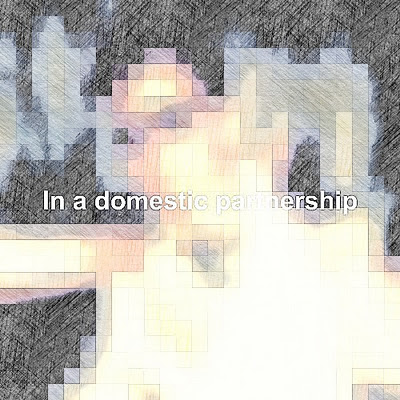 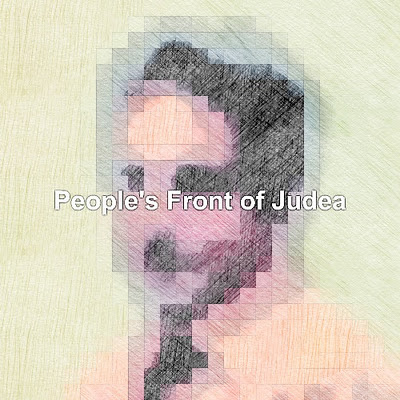 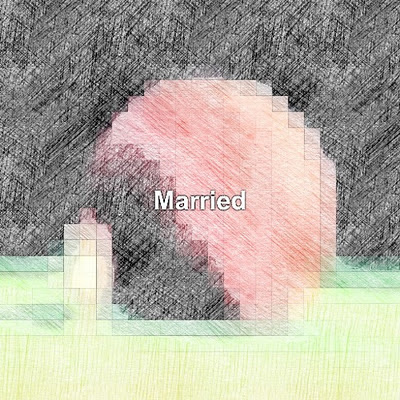 Newt Gingrich is a Space Cadet

Newt Gingrich is a space cadet, not that this is any news. Yesterday, he said that by the end of his second term (funny) that the United States would have a permanent base on the Moon. I mean, I'm all for space exploration and bases on the Moon, Mars, and beyond, but seriously I'm gobsmacked. I love when political candidates run on platforms of anti-government everything and then turn around and throw something like this into the mix. Last time I checked, NASA was a government program. It's all a bit strange and weird. Towards the end of the video, Gingrich says, "Americans are instinctively grandiose, because we believe in a better future." I'm not quite sure how to unpack that statement, but I will say this, by the end of my second term, I promise to have a giant glitter castle built on the Moon for everyone to play in!

Great, just what the world needs, another blog. Having spent almost 3 years babbling on john jenkins: notes from down under, I decided it was time to create another blog that was broader in scope. At most, jjnfdu will only be active for another 7 months; rather, I will only be actively posting to it for another 7 months. Originally, I was going to wait until we moved back to San Francisco to start a new blog, but since I have all of this free time at the moment, I thought now seems like as good of a time as any. Plus, it will give me time to shape and frame the kind of things I want to talk about. And, seriously, with Newt Gingrich winning the South Carolina GOP primary, I don't think that will be hard to do. Remember kids: 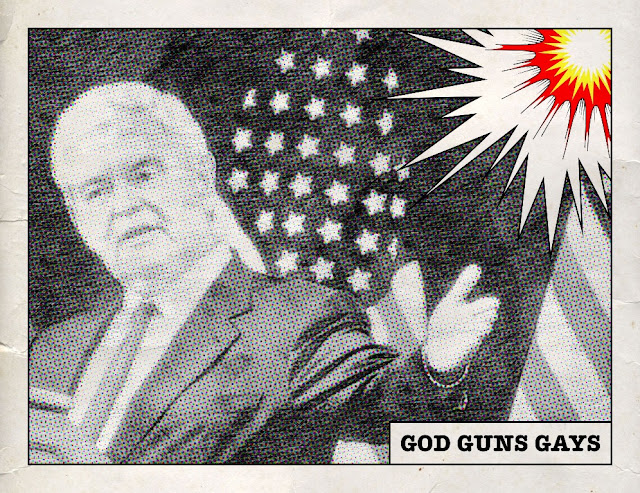